it’s been a while, as usual. But it’s been a busy January. February in comparison starts out very relaxed (at least this weekend): I’m right now in the ICE on my way to Paris. Weekend trip to see the city. I’ve actually never been there before, so I am very curious and motivated to make it a great experience.
About last month: Many very cool things happened.
1 First thing I did was writing an assignment for university about the following topic: „Das besondere Harmoniebedürfnis kirchlicher Dienstgemeinschaften: Streikrecht oder Dritter Weg“ It was very interesting to discuss the special position of the German Church concerning their independence in c 2 Next thing that came up was the annual Juso Dreikönigsklausur. We planned the campaign for the upcomming state- and federalstate elections. You can find a foto of our funny crew.

3 A big thing is coming up step by step. The Deutsche Evangelische Kirchentag in Hamburg will start in 83 days. With around 200 artists, helpers and organizers we were attending a preperation weekend to looked at concert locations in the city. I had a special look at the TEN SING Concert location, the Markthalle in Hamburg. Great place: There is even a basket for used towels in the backstage! Pictures here. Afterwards I met up with old classmates and we had a great evening. Next morning I went climbing.

4 Ok, you’re almost through. German TEN SING Board was next. Big special: We had the youngest participant ever. Tayo, my godchild, was around for an afternoon and it was great fun. We also decided to start TEN SING in China. And you can guess once, who is going to organise this baby 😉

5 As you may have heard, I started studying again. I’m doing a extra-occupational master course at YMCA University in Kassel. I had a block seminar over four days that was incredibly enriching, but also very exhausting. I learned a lot about economics, cash cows, stars, the five-force model of Porter and lots of other things. I now have the great assignment to write a business-plan until 15th of March. I’m looking forward to that.

6 Another great thing I did was visiting my godchild Tayo and of course his parents Christian and Megan. Tayo is already 10 weeks old, He is an amazing baby. Very calm, uncomplicated and so very sweet. With the parents were playing a lot, especially a boardgame called Village that I can recommend to people who like challenging games. It is very complicated, but when you get it, it’s just amazingly cool. 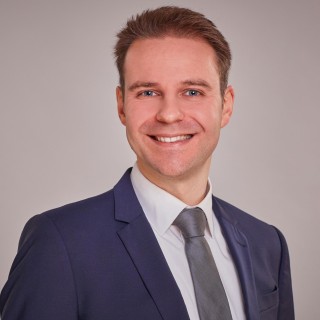